Our world is so obsessed with gain. 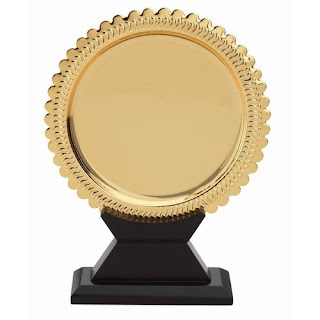 Everything has to have some gain attached to it. So much that someone can be in a crowd of ten thousand adults and be so lonely.

Gain in itself is not a bad thing. It is natural for man to seek gratification. A footballer wants to score the goal. A farmer wants to reap ample harvest. A student wants to score 100%. The market woman wants to multiply her capital. And a parent wants to see his kids become influential men and women.

And when the goal is scored, when sheaves come in, when the scripts come with the highest score, and the market booms, the smile never ends. A dad or a mom stands heart thrilled and with goose bumps when his kid is nationally or internationally acclaimed and honoured.

It just depends on what kind of gain it is. When reward is equivalent to labour, when the ratio scale balances between input and output, when gain wipes away the backache of struggle, there is a chorus of applause in every spectator’s heart and mind.

However, there is a high tension of disapproval when a student who neither studied nor wrote well scores unbelievable grades. All heads nod sideways when the wage of the labourer is given to the lazy. The metronome of justice misses its tempo when the guilty goes free and the innocent is condemned.

Moreover, everyone watches with scepticism when a man becomes suddenly rich. How the eyes have bad taste when a man receives an undeserved honour!

It is therefore, morally right that an upright man gets his reward. It is also morally pleasant when the wicked ends up with gravels in his mouth, the fruit of his evil towards others.

Some people think that it is not fair. They think that the reward of a hard worker should be evenly split with one who does not, could not or did not want to labour.

1.      It is unjust to force the righteous to share his reward with the unjust. It is his choice to willing give a fraction if he so choses, but it is no sin if he decides not to.

2.      It is plain stupid to be angry that a man refuses to share his hard earned reward.
3.      Everyone has the ability to do something that will bring in reward.

4.      God will not force anyone to share his reward, either here on earth or above in heaven. That is why he loves a cheerful giver, not a forced giver.

5.      It is a miscarriage of justice and equity to seize a labourer’s reward in the name of social equality.

Superior Reward
There are rewards that will last a day, a year, a life time or eternity.

In short time terms, today’s reward will go with the day. In as much as we should value every gain. We should know that there are gains that are superior to others. There is immediate gratification which is like a shooting star. It comes fast, and ends fast.

Take drugs for example. It makes people get high. It suppresses reality, gives temporary escape and comfort from life’s challenges but lasts only a short time and the user comes back feeling the bite of his situation stronger than before. The urge to get another shot or sniff is even stronger until the dude loses not only his possessions but friends, relatives and eventually his life.

Long term rewards are best describe in terms of investments. The Ivory Coast is the world’s number exporter of cocoa, used for chocolates and beverages, and coffee. Travelling through rural areas, you see hundreds miles of family owned plantations of cocoa and coffee.

Those who planted those huge plantations are long gone. Yet their grandkids and great grandkids are reaping the reward of their sweat and backache.

I saw a rural impoverished family in Nigeria who walked 18 hours in the farmlands to send their kids to school. Their five kids ranged from a carpenter, a university professor, a pharmacist, a surgeon and a businesswoman. All five kids are brilliant and influential in their fields.

All year round, their parents are resting under the shade of trees in the village without a care. Their investment paid off. They can smile all year round.

Eternal reward
All the above profits end in the grave.

How about the life to come? You better believe that there is life after death. Because the bible tells us so. Everyone will appear before God to receive reward or consequence depending on what you did or did not do, of eternal value, in this life.

The world knows how to honour its own.

A standing ovation; a mention on the evening news; a piece of glass or metal or wood well-polished at the award night; a column of eulogy on the most famous tabloid; or a plague in the hall of fame. Sometimes it can be a monument in one’s name, a street named after you, a statue at a public square or a national holiday in your honour.

All these are praiseworthy. It means you were a good person, in human standards, who made a difference in people’s lives. But this may not necessarily be recognized by God if such acts where not done to honour Him.

There are two things that matter to a believer once you are born again:
1.      Growing up to become a true disciple of Christ.
2.      Leading others to Christ.

In leading others to Christ, there are two things that matter:
1.      Sharing Christ with others
2.      Helping those who share Christ with the unreached

These things have eternal value because on the last day when we will all account for what we did with our lives. And on that day it is only what we did for the Lord and His cause that will count. Your earthly awards end here.

I will leave you with this scripture:
“When all has been heard, the conclusion of the matter is: fear God and keep His commands, because this is for all humanity. For God will bring every act to judgment, including every hidden thing, whether good or evil.”  Ecclesiastes 12:13-14 (The Holman Christian Standard Bible)

Popular posts from this blog

THE HOLY SPIRIT, THE ENABLER

April 27, 2017
Right from Genesis chapter 1 to Revelation22, the presence and manifestation of the Holy Spirit is prominent. The Spirit of God is not a silent observer but a key player in God's planning and execution. Jesus had an extraordinary ministry as he walked the face of the earth. It is interesting that Jesus at age 12 knew all he needed to know about God and the Scriptures. In the temple among the most learned, astute and law experts in the Sanhedrin he demonstrated superiority and excellence that the elders of Israel were left bewildered. One day, a melancholic but pragmatic Nicodemus was beyond curiosity, came to Jesus by night and honestly wanted  the truth. And he began to express his excitement about his observation. Jesus was not a man given to praises. He cut through the cheese and laid it out to him. John 3:5 Jesus answered, “Very truly I tell you, no one can enter the kingdom of God unless they are born of water and the Spirit. 6 Flesh gives birth to flesh, but the S
2 comments
Read more

October 21, 2018
By   D a v i d     P a m     M c Q u e l Thanks to the Collins online dictionary. clueless. (kluːləs ) adjective. If you describe someone as clueless, you are showing your disapproval of the fact that they do not know anything about a particular subject or that they are incapable of doing a particular thing properly. It seems to be an insult or rather too harsh to accuse someone of been clueless. Don’t even dare use it against the church. If there is an exposed wire in my electrical wiring of my house, it will spark every time both naked wires have contact. If I don’t know what to do next, no matter how many degrees I have acquired from Cambridge or Oxford Universities, it will be safe to say I was clueless. Many parents don’t really know what to do as first aid treatment for their kids. So if your kid has a high fever in the middle of the night at home and you have no access to medical care, you may become frantic, desperate and panic because you are clueless.
Post a comment
Read more

April 19, 2020
B Y   D A V I D   P A M   M c Q U E L In this difficult time that we live in, we need faith and confidence to walk victoriously as believers in Christ. We all need to understand our relationship with Him and what it entails. We don’t serve a God who is remotely removed and leaves us alone to our own devices. David said, God never sleeps nor slumber. That God will not let his feet slip. David’s experiences as the writer of this psalm is a great background for this blog today. David broke records of spiritual pinnacles and spiritual lows in Scripture. Everyone can find himself somewhere in his spiritual journey. He was so spiritual that he received grace to kill a lion, a bear and Goliath. He wrote amazing prophecies and psalms. He led the whole nation to worship God and worked hard to keep a clean conscience. Then we see him get so low that he got his servant’s wife pregnant (which should have got David stoned to death), then went on to scheme her husband to sleep hi
2 comments
Read more

For Partnership support and giving: